I didn’t mean for the whole summer to go by!

Just to break the ice after my long absence I thought I’d share what I’ve been eating lately. 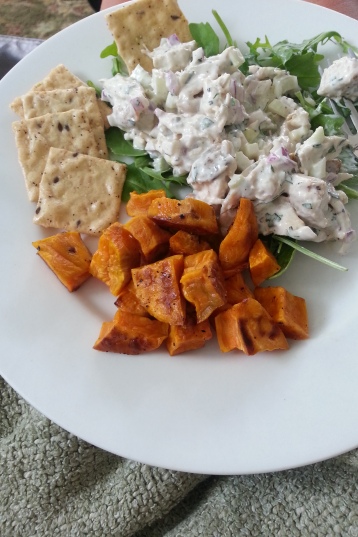 Another day for lunch I had the same diced, baked sweet potatoes with about a 1/2 cup of black beans, a fried egg and some salsa on the side.

Shrimp, tarragon and arugula quinoa…based on this recipe. This time I didn’t chop the shrimp, added 4 cloves of garlic instead of 1 and I made extra quinoa for a quinoa pancakes recipe I want to try this weekend! 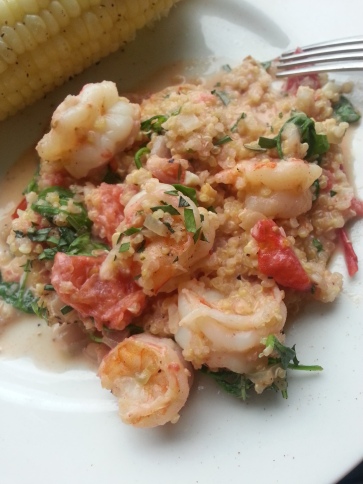 Grilled Sriracha Honey Mustard Beef Kebabs from this recipe. I made some beef and some chicken and also added mushrooms and peppers. I accidentally picked some fiery ones and my fiance and son (who normally put hot sauce on everything) said to never buy those again. Lots of water drinking happened!

Seared salmon and an iceberg salad with tomatoes, cucumber, green onion and feta.

Salsa Verde Sour Cream Enchiladas. I also made a batch of Southwestern Salsa with Corn and Black Beans. I ate scoop with the enchiladas but really it was a make ahead so I could have it with a fried egg for upcoming lunches.

One day after doing a weights workout in the morning and biking over 4 miles that afternoon we went out to eat for dinner at Dockside. I had a greek salad topped with grilled med-rare tuna.

After searching Craigslist and looking at new bikes in local shops, I bought a used Trek beach cruiser bike this past week. I had looked at it earlier that day and returned to the same store because it was my favorite of all the ones I’d looked at…one small detail…I didn’t know it was used. When I told the store employee I wanted it (a different guy than had helped me earlier) he said, “Did you know it was used, ma’am?”. I asked how much it was and immediately knew I’d made the right decision. Instead of the new price of over $450 I got it for $250! Of course then I had to go and buy a detachable basket! 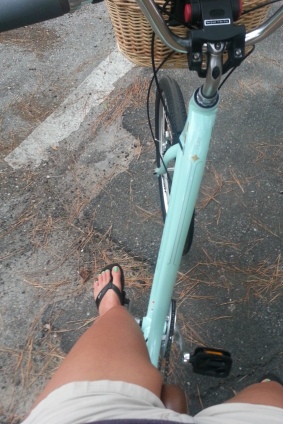 Mexican food and Fall flavors got married, had a baby and this recipe was born! I found this recipe a few weeks ago and have made it twice already! It satisfies my need for spice, all-things-Fall and is super comforting. 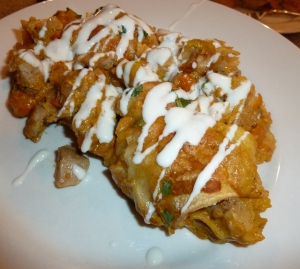 I was a little scared at first because when you taste the sauce before it bakes, it’s a little weird…or too pumpkin-y something…but nothing that roasting in the oven for half an hour doesn’t fix!

Besides a little cheese (which isn’t bad for you) these are super healthy. Pumpkin is super high in antioxidants, vitamin A and potassium. Then you also have the added veggie goodness from the onions – pepper – jalapenos  and garlic . Super tasty! You have to try these babies! 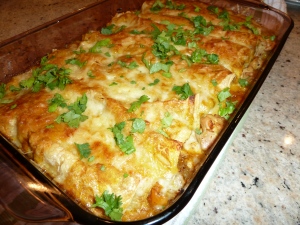 For assembly and serving:

Based on the recipe by How Crazy Cooks

We spent a couple days in Virginia Beach this week. Two days of boating, playing in the water and soaking up the sun. We ate brunch at our favorite-brunch-place-in-the-world, Citrus. Everytime we go to Virginia Beach we HAVE to eat there. It’s a great diner atmosphere with awesome brunch selections (and lunch but we always get breakfast). I had their Beach Benedict which has avocado, tomato and spinach in place of the typical ham in an eggs benedict. The rest of it is traditional with a crispy english muffin, poached eggs and hollandaise sauce….served with a side of yummy grits!! 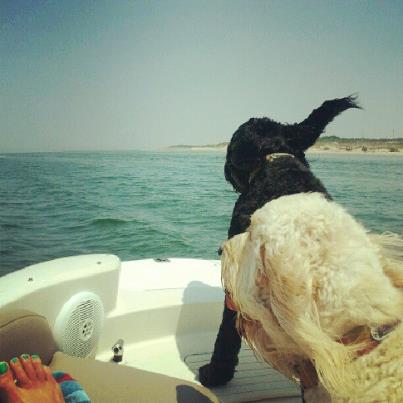 One night we ate at another one of our favorite spots, Tautogs. They have amazing seafood and fun bartenders. We always eat at the bar when we go there.  One of the bartenders plays music just like Travis does so they had plenty to chat about. I was busy sipping on a pomegranate martini and eating up their Tau-Pho. The Pho had tons of veggies (baby bok choy, squash, zucchini, onions, jalapenos, peppers, cilantro) and had TONS of shrimp it in. It was like 95 degrees outside and I was eating hot soup and sweating but it was WORTH IT!!! 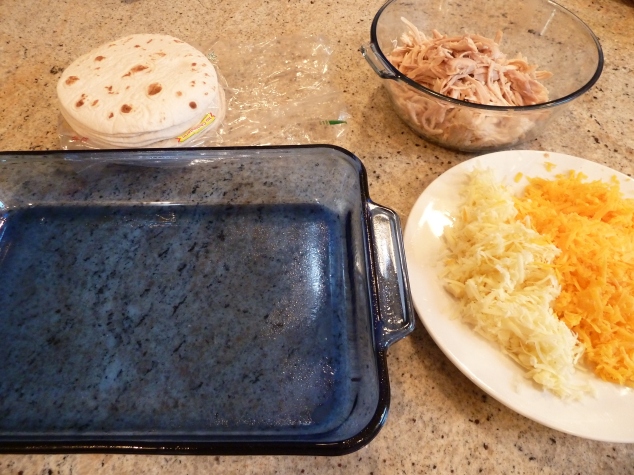 We got home yesterday afternoon and I enjoyed a little “me” time. I worked out, showered, got my nails done, went grocery shopping and after cooking dinner I went over to my friends Brian and Jes’ house.  They live in my neighborhood so I just had a walk around the corner (bonus)! They made samples of super-healthy smoothies with their Vitamix blender for us to try and we washed those down with glasses of wine. Super fun time!

I have made this recipe once before about a month ago for my brother and my Dad’s birthday (their birthdays are one day apart on the 24th and 25th of May). Due to the commotion of having guests over and cooking at the same time I didn’t take any pictures. The original recipe that I made from Sing for Your Supper blog made enough enchilada sauce and chicken filling to fill two 13×9 dishes (about 20-22  enchiladas). That was nice the first time I made these since I had 9 people to feed but I had to cut it down for just the 3 of us. This recipe makes enough enchiladas to fill one 13×9 dish.

Devin gave them his signature thumps up and Travis said they were really, really good. These enchiladas are a little spicy from the jalapeno and cayenne pepper, creamy from the sour cream and tangy from the salsa verde. I can’t wait to have leftovers for lunch today 🙂

Slightly Adapted From  Sing For Your Supper Blog